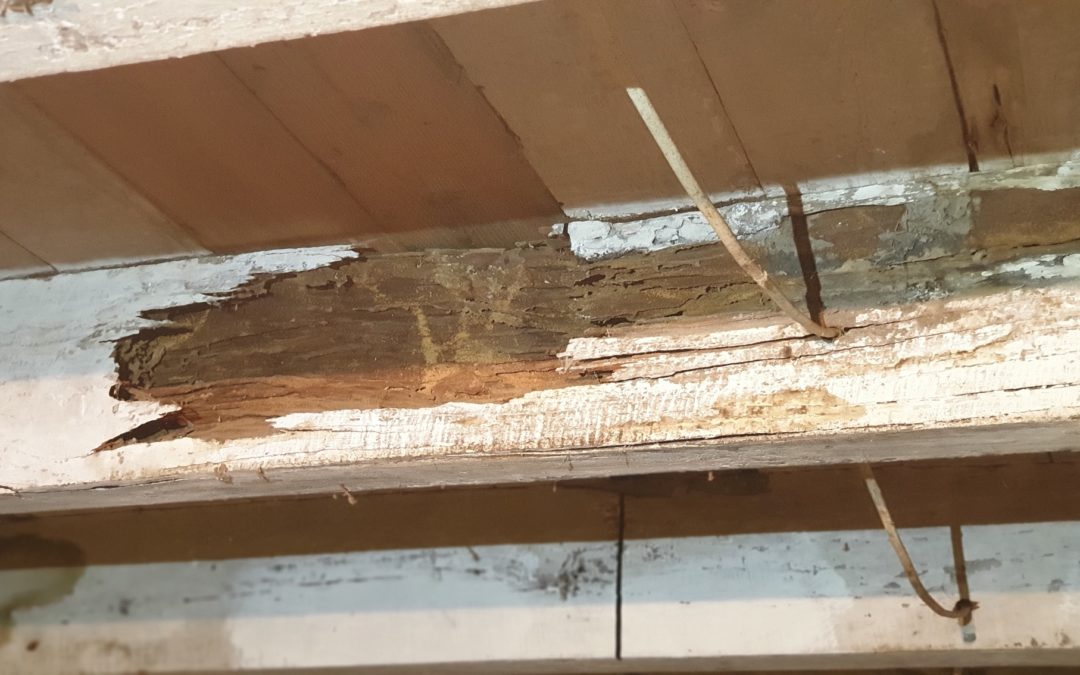 Clients who were looking to buy a home in Adelaide were thankful they had a Home masters building Inspection as it revealed the house they were going to buy had severe structural damage and areas were at risk of collapsing.

What is structural damage?

Structural damage is any damage to the parts of the home that are responsible for providing the core strength and structural integrity of the home. Certain walls in the home called load bearing walls, roof trusses and ceiling beams carry the majority of the weight and stresses that run through the home, and damage to these can put the home at risk of collapse.

There are many causes of structural damage, including water, fire damage or large earth movements; however, in this case, termites were responsible. Unlike most structural damage which starts to become visible with signs of sagging roofs or large cracks in the walls and plasterboard, the damage done by termites often goes unseen until it is too late.

How do termites cause structural damage?

Termites, also known as white ants are subterranean (underground) insects and tend to enter a home through the perimeter slab or through penetrations in the slab for pipework. Termites are highly organized, and a typical colony can consist of upwards of a million termites. There are over 300 different types of termites, but the most destructive of them all is the Coptotermes, which is common in South Australia. Once termites have entered the home, they crawl unseen inside the wall cavities systematically eating through all the timbers in your home. A typical colony of Coptotermes could eat through an entire home in 3 to 6 months. As they eat through the wood from the inside of the wall to the outside, they can do thousands of dollars of damage before there are any visible signs of an infestation. Once a weight-bearing wooden structure loses its mass, it loses its strength and integrity and is at risk of collapsing.

While Home masters were unable to remove the wall linings (plasterboards) to see if the full extent of the damage, the inspection revealed significant signs of termites underneath the floorboards, lintels, timber subfloor, and supporting beams. Structural timbers had been partially eaten out as had the stairs which were almost hollow and were at risk of collapse.

Structural damage not only puts the house at risk of collapse but also puts the occupants in grave danger, in fact just last month (May 2019), occupants of an Adelaide home were sleeping when a ceiling came crashing down in the next room as the supporting beams above had been eaten out by termites – full story here.

It is estimated that termites cause over $780 million of damage per year in Australia with a typical damage bill coming in at $4-12,000?? One of the most devastating things about finding termites is that they are not covered under your household insurance, so you are liable for the cost of repairs. 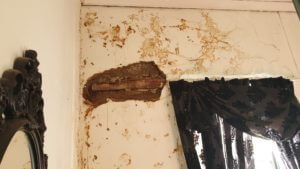 How can you prevent termites?

The best way to prevent termites is to have a termite barrier or baiting stations around the home and have an annual termite inspection. Not only do our experienced and qualified inspectors thoroughly check the inside and outside of your home for signs of termites, but they also identify any maintenance issues or highlight anything in and around the home that could potentially attract termites. You’ll get an extensive written report after the inspection and what’s more; if termite activity is identified, you can get it treated early before they go from a minor disturbance to a major issue.

In need of an Inspection quick. Specialising in local and interstate purchasers. Taking bookings over the Lockdown period in Adelaide.

BOOK NOW TO SECURE YOUR INSPECTION