What is Rising Damp?

Rising Damp is a common term for the progressive rise of dampness into walls or floors. In many states of Australia, it can be in the form of salt damp. This is rising dampness in walls that also contain dissolved salts. These salts have been left in place by ancient sea beds. The rising damp affects the plaster/masonry on the wall or even the plasterboard. There is generally a musty smell associated with it and it may grow mould in many places. It can affect the timber skirtings and architraves or cupboards. They will become discoloured and may swell, twist or warp and become soft and pulpy. The affected areas may start to rot, you will see paint start to peel or plaster bulging out, as the damp increases.

How Do I know if it is Salt Damp? 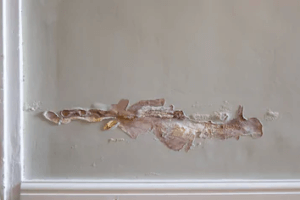 Salt Damp is a cyclic problem that occurs as the seasons progress. The rising damp contains the salts and these lodge in the pores of the material, such as bricks and mortar. As the weather warms up the salts turn into hard crystals. The next season the damp and salts rise again growing salt crystals that become too big for the pores and the material is blown apart. [and yes it is quite dramatic. The appearance of salt damp is the severe fretting of the wall materials and the evidence is powdery mortar and the loss of the brick face. The mortar can be scratched out with a finger or house/car key.

How Can I Protect My Home from Salt Damp?

It is noticeable that concrete and concrete blocks are not affected by salt damp but stonework/masonry is especially vulnerable to damp and salt damp. The only way to protect your home is by placing an impervious barrier between the footing/slab and the brickwork or stonework. This may be in the form of a plastic barrier such as “viscourse” or similar. This is required by law in new homes. However, it is possible to bridge a good damp course by the following:

We are aware of all these possibilities at Home Masters, and take special care in checking buildings for these and other faults. Some time ago we had a request to check a house for a client and there was severe salt damp in a section of brickwork adjacent to the front door. It appears the previous owner had built a brick flower box without regard for the damp course. They had filled the flower box with soil which had been placed against an unprotected wall. The flower box had then been planted out with bright red geraniums and watered regularly. The continual wetting of the brickwork, plus salt-laden soil was enough to destroy the brickwork in both the house wall and the flower box. It was not only unsightly it was also expensive to rectify for the homeowner. The prospective purchaser priced the cost of the repairs needed and asked for a reduction in the cost of the home. Of course, this is just one of many instances where a good building inspection can save you money and heartache.

What About My Older Home?

If you own or buy an older home in Adelaide there are certain precautions you can take such as making sure there is a pathway around the house at least 900mm wide of either concrete or segmented paving. Added to this is to make certain the paving is below the brickwork damp course. If salt damp is already present then the brick or stonework can be “silicone injected” to seal the salt damp into the wall. The most effective way is to remove all affected brickwork and replace with a new plastic DPC [damp proof course ] under it. This is called under setting and although expensive is a good way to prevent salt damp from increasing. It should be noted that not all areas are affected by rising damp or salt damp, so it pays to check the area you are buying your home in.

What Types of Home are not affected by Rising Damp or Salt Damp?

Timber framed homes on stumps will not transport rising damp or salt damp into the dwelling. Homes that have been built with concrete blocks are generally unaffected by salt damp as the pores or voids in the blocks are too large to hold salt crystals but there have been instances where the block work cavity has filled with water due to the wall not being capped off. Some homes are elevated off the ground by concrete piers or steel columns. Homes built after the introduction of plastic damp proof courses [approximately 1970 onwards] with a protective pathway around the footings set at the right height should not exhibit signs of salt damp.