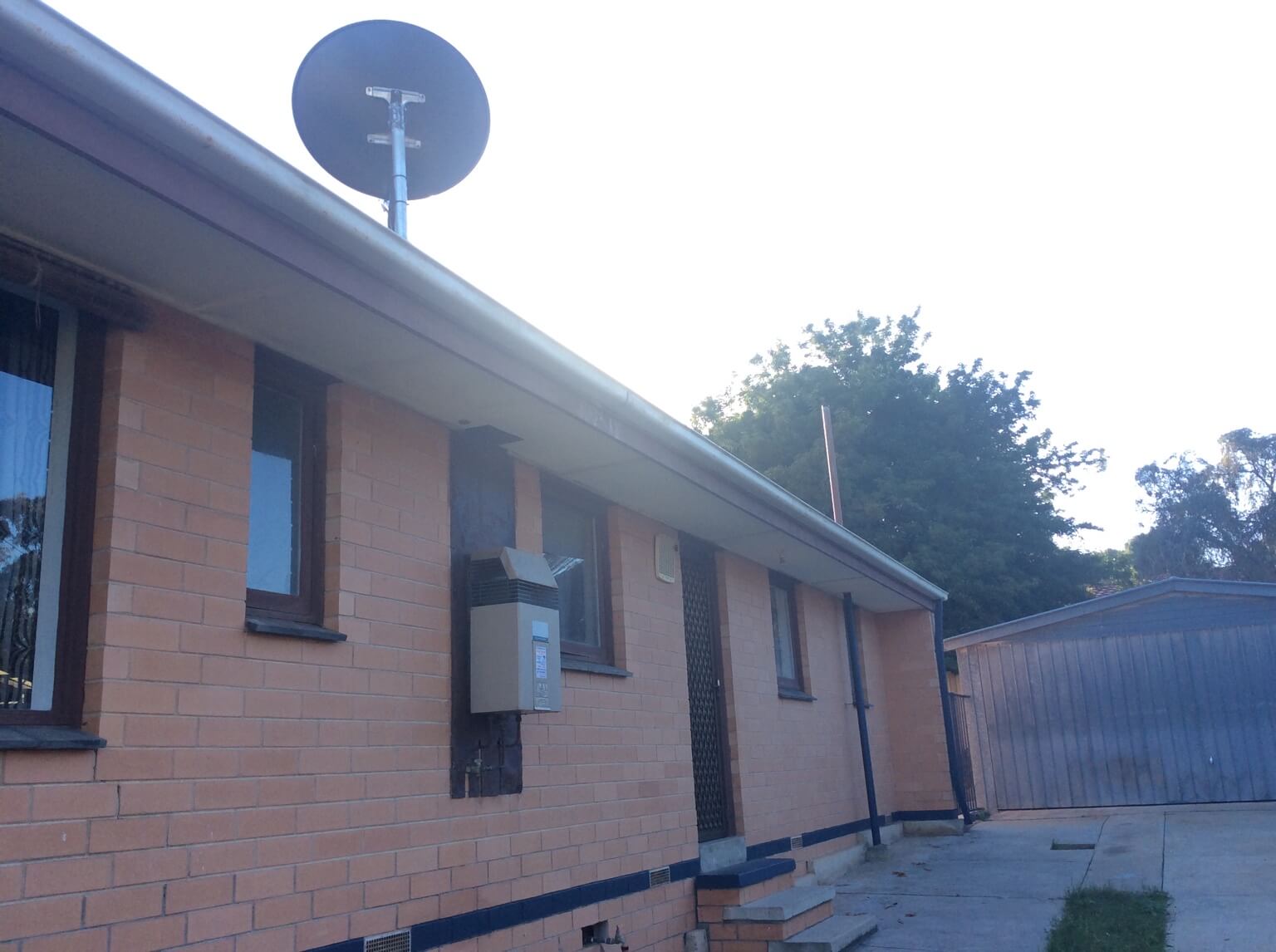 Water issues in a home cause huge problems if they are allowed to continue. The building inspection HomeMasters conducted at Para Hills in Adelaide unearthed water problems in three locations. The flat roof extension was taking water in, the shower taps were leaking and poor sealing at the base due to silicon neglect resulted in high moisture readings. HomeMasters inspectors all carry moisture meters to detect what the eye cannot.

These issues alone are enough to justify a building inspection.

On the surface the home in Para Hills appeared in good condition, considering the age and type of the home. But it went downhill from there. Once the inspector got on the roof it was noted that the roof tiling was in good condition but the flat iron roofing was pooling water, something a purchaser simply would not see. The gutters were full of debris and also a tennis ball. Not visible from the ground.

The first sign indicating problems was a water stain in the 3rd bedroom. HomeMasters inspectors will advised you the purchaser of problems like these and much more before you move in potentially saving you thousands.

Costly areas of a home.

The wet areas of a home.

These areas can add or takeaway the value of the home depending on their condition. This home in Para Hills and another in Modbury which also had a lot of positives but leaking was found in the crucial areas. There had been some renovation work but the plumbing and tiles were in various stages of disrepair. Tiles were loose and the silicon was mouldy and had gaps appearing.

High moisture readings using a Tramex moisture meter were detected in this area and below the shower taps. The kitchen taps did not record any high moisture and no sign of the kitchen units being affected by water. Timber wall studs and bottom plates affected by moisture can add another problem as it can be an attractant for timber pests like termites. Fixing leaks in shwoers can be costly to repair.

Moisture can be a real problem.

It is important for home owners to spend money on repairing any water issues as that capital outlay will prove to be money well spent. Fortunately for purchasers a HomeMasters Building Inspection was able to identify these faults and give our client the options available of how to have these issues corrected prior to purchase.

The important thing is they now know and can make an informed descision. Have HomeMasters inspect your home before you move in. Our Pre-Purchase Building Inspection will give you the information you need before it is too late.